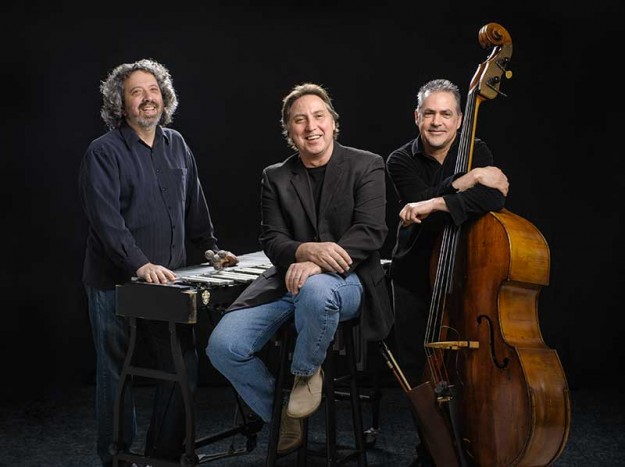 In case you’re new to The Jōst Project, we’re a band devoted to jazz and hope to reach a whole new generation of rock fans in a style that will introduce them and pull them into our world. On this CD — “Can’t Find My Way Home” — we switch things up a bit. Instead of using jazz standards as our base, we interpret rock-related “standards” in a contemporary jazz format. What’s our goal? To create a whole new connection between the music of the Beatles, Jimi Hendrix, Led Zeppelin, Aerosmith, Donovan, Simon and Garfunkel, the Beach Boys, and jazz. We love it when fans of such songs as “Walk This Way” hear it in a new way. That’s what we hope will happen for you.

So, if jazz is something you didn’t know much about before – thanks for giving it a try with our CD. If you’re a jazz fan, we hope you’ll appreciate this diverse repertoire of songs performed in the modern jazz idiom. And, for our enthusiastic fans … thanks for sticking by us and telling your friends!

Paul Jost (vocals, harmonica), Tony Miceli (vibraphones) and Kevin MacConnell (acoustic bass) make up the jazz collective initially formed by Tony and Kevin, with the purpose of performing the rock music they grew up with in a jazz format. The seeds of this idea were planted in Tony’s 2005 recording “Hippie Jazz”. When Tony heard Paul, a multi-talented musician as well as vocalist, he felt such a strong musical connection that he invited him to be part of the group. Because of Paul’s strong musical influence and arranging talent, Tony and Kevin were convinced the group should have Paul’s name and they became The Jōst Project.

The combination fit and The Jōst Project grew in popularity. Tony’s vibraphone stirs echoes of the famed Modern Jazz Quartet with Milt Jackson. Kevin’s lyrical playing is an essential element and Jost invokes blues, mainstream, and scat stylings in his unique introspective way bringing out the emotions contained in the songs. It’s immediately evident that these skilled artists each bring their distinctive experience and approach to this blended collective.

Standards from the Great American Songbook and the mainstream jazz repertoire have long held sway in jazz performances. But the so-called “baby boomers” and subsequent generations came of age with rock and roll, the Beatles, hard rock, and other genres which are rarely played by jazz groups. While the harmonies are not necessarily in line with more recognizable jazz progressions, such music is well within the scope of the modal and melody-based jazz of Miles Davis’ “Kind of Blue” and other post-bop developments in jazz.

The ever-expanding repertoire of The Jōst Project include rock/pop classics as “In-A-Gadda-Da-Vida” (Iron Butterfly), “What a Day For a Day Dream” (John Sebastian; Loving Spoonful); “Sunshine Superman” (Donovan); “Walk This Way” (Aerosmith); “Tennessee Waltz” (Redd Stewart and Pee Wee King); “Come Together” and “And I Love Her” (The Beatles); “Kashmir” (Led Zepellin); “Bridge Over Troubled Waters” (Simon and Garfunkel); “Maybe I’m Amazed” (Paul McCartney); and “Can’t Find My Way Home” (Blind Faith). For good measure, jazz compositions like “Don’t Forget the Poet” (Encrico Pierannuzi); “Caravan” (Dizzy Gillespie); “Waltz New” (Jim Hall); and “Passion Dance” (McCoy Tyner) are also included in the group’s playlists. Give a listen to “Can’t Find My Way Home”, and you’ll get a taste of the unique sound of The Jōst Project and their exceptional artistry, originality and imagination. The group, while based in the Philadelphia area, is available for bookings both nationaly and internationally.